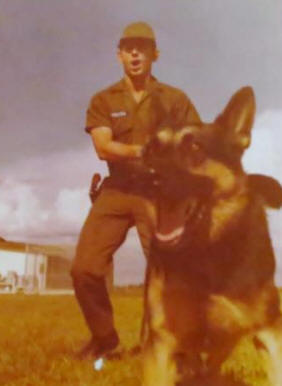 Randy and Pal while serving

Danny graduated from TJ in 1964. he served in the Air Force from 1965 - 1969 as a medic during the Viet Nam conflict. He was stationed his last two years in Angeles City, Phillipines serving as a surgical technician. He finished the Air Force as a Staff Sergeant. He returned to Port Arthur and went to Lamar Tech two years and Galvestion two years to finish his RN. He then went to Houston for two more years to become a CRNA (Certified Registered Nurse Anesthetist.) He now lives in Friendswood working in surgery at two different hostpitals in the Clear Lake area. Danny is the brother of Linda DeCuir. 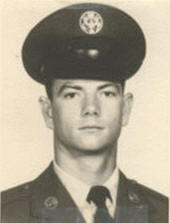 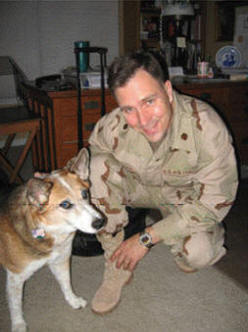 Ross Felker in his desert BDU's, the husband of Gail Wilson