Michael served aboard the USS McClusky from 1994 to 1998 as a barber and member of the ships fire fighting brigade. He was stationed in Yokosuka, Japan for nearly three years before San Diego, Ca became the ship's homeport during the last year of his service in the Navy.
The McClusky was a member of the USS Independence Battle Fleet while located in Yokosuka. While on board ship, Michael and crew never saw much action other than boarding freighters in the Persian Gulf following Operation Desert Storm.
Michael received his first rank of 3rd class Petty Officer in June of 1996.

Here are a few photos taken while on board.

In July of 1995, Michael called me from Bali, during the final leg of a deployment from the persian Gulf, and asked if I wanted to participate in a Tiger cruise from Guam to Yokosuka. This is where a dad or son of a sailor is invited by the Navy to sail on board ship. It is considered a morale booster since most deployements last from three to six months away from port, and that also means away from family for most of the sailors.
I met Michael in Guam and sailed back to Yokosuka. It took about ten days, I had a blast the entire time. There wasn't a boring day on board ship. The Navy had a full schedule of activities each day fo us. This was as close to the military as I had ever been. These kids were professional and well disciplined. Consequently, it made the trip even more enjoyable. 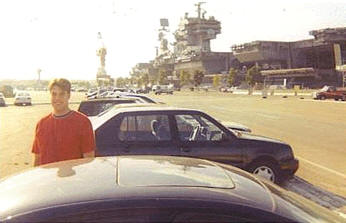 John Wilson and his son, Evan Tomlin in Chicago. This Photo was taken after his graduation from boot camp. He is now in Yokosuka, Japan, serving as a sonar technician on the Cruiser USS Cowpens 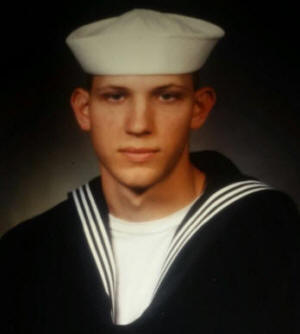 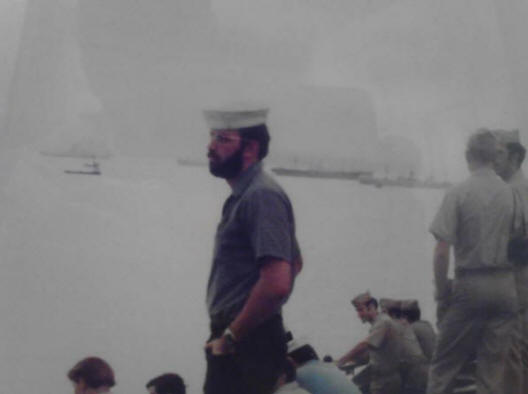 Kitty Hawk pulling into Hong Kong Harbor, it had been on the line (in combat) off the coast of Vietnam for many weeks getting supplies and a break. In this China Harbor I had my first Shark Fin soup here. Even got to pick out the shark from a live tank ha ha. I was soo young and unlearned in the world ..as were most of us there. In July 1970, when Admiral Zumwalt, at age 49, became the youngest man to serve as the Navy's top-ranking officer. He allowed beards and longer hair than normal as you can see. Bless all of you out there today. :) Mama's prayers kept me alive. I believe like many other prayers from others ..Jesus is Lord!! 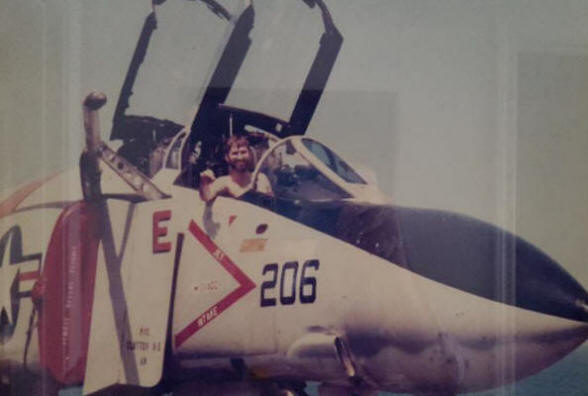 Flight deck of USS KITY HAWK CVA 63 TONKIN GULF. Jet just landed from a bombing run in Vietnam ... I hopped in the seat and got pic. Wasn’t supposed to be in there. Had hair then. About 1970. God Bless our Vets. 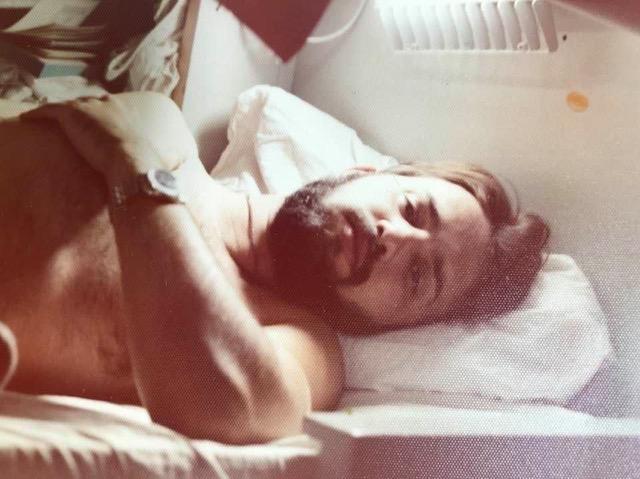 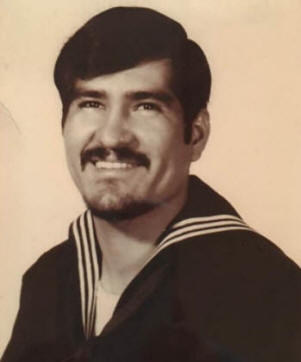 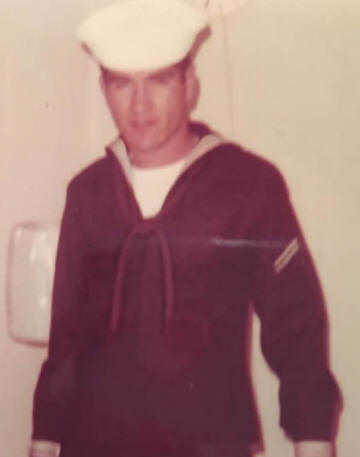 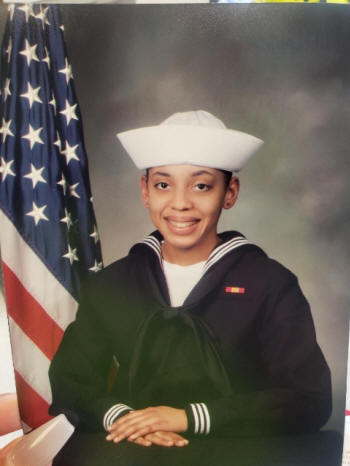 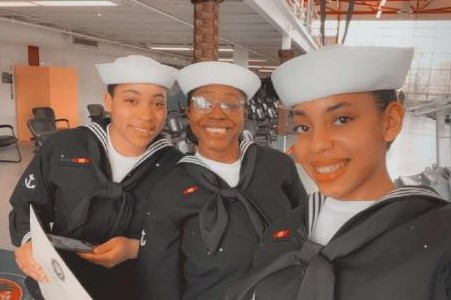